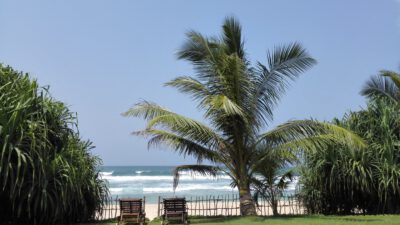 Retirement, there are people who don’t look forward to it, who prefer to work well beyond this age. Yet almost everyone I know dreams of retirement. Nobody wants to be old, but the freedom to decide for yourself what you do because you are retired, that seems amazing to almost everyone!

The problem with retirement

There are two problems with retirement. The retirement age is constantly shifting and there are regular reports that (possibly) less pension is being paid out. That’s because life expectancy keeps getting higher and higher. So people receive money from the pension pot for longer. There is also an aging population, so the pension pot is replenished less quickly than is paid out. I do not blindly assume that the pension that I am accruing now will actually be available when I reach the respectable retirement age.

Then there is the General Old Age Pensions Act. This law entitles every Dutch citizen to a basic pension from the state at retirement age. Due to the increasing life expectancy, the state pension costs more and more money. I cannot look into the future and assume that in 40-45 years the state pension will still exist or that this is enough to live off of.

I think it would be great to have freedom of not having to work for money anymore a lot earlier then the prescribed retirement age. Don’t wait until I’m 72 (or whatever the state retirement age may be around that time). Hopefully at 72 I will still be healthy and fit to do what I feel like, but is that worth the gamble?

Time to take matters into your own hands. What are the conditions for retiring? It’s just that you need enough money to live the rest of your life. It would be nice to also leave something to children or other loved ones. So pension is not an age, but an amount! Let’s calculate what that amount is.

To calculate the amount we need, we can turn to the FIRE movement (Financial independence, retire early). People who support this movement save for their pension themselves in order to be able to retire early, sometimes decades before the retirement age. A rule of thumb from the FIRE movement here is to save 25 times your annual costs. That way, you can then spend 4% of your assets every year without losing your assets. This is the Safe Withdrawal rate.

This 4% has been calculated in the so-called Trinity study. On average, Stocks and other investments such as real estate grow about 8% per year. Remove an inflation rate of 1.5% and you are left with 6.5%. So if you were to spend 4% of your assets every year, your assets are still growing every year! In the Netherlands, however, you pay tax on your savings above 50.000 euros. Some people think 3.5% is safer. I can agree with that, but we must not forget that with 4% of your assets to be spent, the chance that your assets will become more valuable is still quite high.

And in addition, you will still receive the General Old Age Pension and probably accrued pension when you hit retirement age. When you retire early, this also means that when you retire, you probably also have a paid-off house, so you will have fewer monthly costs. You also spend less and less with age. So I think that the 4% safe withdrawal rate is safe enough.

How much do you need?

This is the reason that people working with FIRE are not only focused on gaining as much income as possible but also keeping expenditure as low as possible. It is quite different whether you try to rake 300,000 or 600,000! And living on 1000 euros is very difficult, but if you have a paid-for house and have enough time to do the maintenance, the garden and the cleaning, then it is already a lot cheaper than if you outsource those kinds of things and you still pay monthly rent or mortgage.

There is a chance that you will still earn something during your “retirement”. The idea is not to do nothing but sit in a rocking chair all day. The idea is that you are passionate about working on something that does not necessarily generate money, but where your heart lies. It may of course be the case that it generates money. After your retirement age, the pension will also be credited to your account. That is why you may be able to retire at 200,000, for example. You may spend more than the 4% for a number of years on your saved capital, but you still have enough left to supplement it with the general pension and any accrued pension.

Start early and stick with it 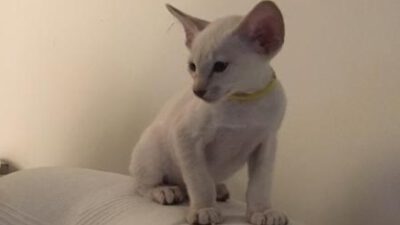 This is for people who love their jobs and could not imagine a life without working.

The FIRE movement (financial independent, retired early) is all about retiring early. People of the FIRE movement are trying to get financially ahead so much that they don’t have the need to work for money ever again. You can do this either by saving up a large amount of money to live of the returns or by lowering your expenses by a lot. Quickest is to do both.

You really don’t want to stop working? Do you love your job and really don’t feel the need to be financially free? I still think you should consider getting financially free. The feeling of going to work because you want to versus because you need to is a world of a difference. Besides that, who knows how great your work is in 20 or 30 or 40 years from now. How will you feel physically, mentally and emotionally in many years from now? What will the company you work for look like in that amount of years, or will it even exist? Will your job be taken by robots and machines? Will a normal workweek be 4 days a week or 7?  Saving for a rainy day, even if you love your job is never a bad idea.

I want you to think today about the feeling of wanting to work instead of needing to work. Really feel it, how do you feel? Is your job still as awesome? Do you want to go there and spend your precious time at work while you could be doing everything you want instead? Is it worth it to wake up by your alarm before you are actually done sleeping? How about commuting in a traffic jam?

If you still love your job: Congratulations! I salute you and I envy you. I have never loved a job that much that it felt like the most enjoyable thing I could imagine doing 40 hours a week. Don’t get me wrong. I don’t think there is something wrong with working and having a job. It is just that the freedom of getting to work instead of having to work makes all the difference. And besides. The freedom you get from working for example 3 days a week instead of 5 already makes a lot of difference. And you can pursue your dreams in the time freed. Or not, and live a leisurely and content life just at a slower pace than the rushed busy people around you.

I don’t think anybody on their deathbed has ever said: ‘Well, I wish I had spent more time working and less time with my kids, that would have been great’. Or: ‘I was thinking about buying that 73th pair of jeans that looked exactly like the 72 perfectly fine pairs already in my stuffed closet and I didn’t buy it. That is the biggest regret I have’.

Having money/investments/passive income will give you the freedom to be flexible. If you have debt you are basically a slave to the lender, and you will feel like you are never really ‘done’ working or feel flexible to work a little less when other things become more important.

The more money stays in your pocket (works for you in passive income!) the more freedom you will experience. And the feeling of working because you can and want to gives so much peace of mind.

Are you planning on retiring early? And have you ever heard of the FIRE movement before?

Let me know in the comments!