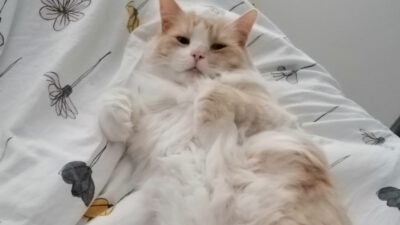 It was my birthday in June! I celebrated my birthday spread over a whole week. It was super fun and I really felt like it was my birthday. Advantage of the party scattered on multiple days: eating a lot of pie! Haha and of course that I better have a conversation with everyone who was there. Super nice!

In terms of groceries, I really got food and drinks for a complete thirsy soccerteam. Well, the visitors also deserve a nice snack and drink don’t you agree? There is still a lot left, so the budget for drinks can be reduced in the coming months 😉 The rest was not that crazy. For July I made a budget plan in advance. Curious? Read it here!

This month the loft ladder has finally been replaced by a real staircase! This makes the attic usable at once. Previously this was only to be used as storage, little fit through the stairwell and the stairs were really annoying to climb. Now the washing machine and dryer are there. A few months ago I already had a tiny window replaced with a full-fledged one. Now only finishing touches and I have an extra bedroom, laundry room and storage space. Not bad!

At the same time as gamestop, somewhere in January I also bought some shares of AMC. About 10 pieces for 10 euros. That was really gambling for me. I didn’t expect to get anything out of it. Gamestop was so volatile, it went up, down hard again, then up a little bit and when I was fairly level I sold it again. That memestock trading is not for me (yet).

I digress, so AMC. This one stayed in the red so I left it and had actually kind of forgotten about it. When I logged into DEGIRO, I saw that the shares were at around $38 per share. Then I sold for around 30 euros each. Still made 300 euros from 100 euros. Not like you sometimes see on Reddit in a day or in a week, but just in half a year. Still not bad if I say so myself!

This month I have read and listened again a lot.

About how Warren Buffet got so filthy rich. He finds out per company what the value of a company is, how the owners and executives run the company, for what value shares of the company are for sale, when it is best to buy. And above all. If you buy stocks, never sell them again. Buy and hold! His success did not come in one day. He has been investing for almost 80 years. And as we know from the compound interest effect, that’s what makes you rich. Many people stop investing when they are 65 and then retire. Then you partly get your return from your investments and then your capital will not necessarily decrease, but it will not grow as fast. Warren Buffet has happily carried on past his 65th birthday.

Your age as a gold mine

It is also pointed out here, even in the title, that you benefit from starting early. Make sure you start young and then the chance that you will build up a large capital, provided you persevere, of course, is a lot bigger. Martien van Winden also writes about risk avoiding instead of spreading and thus painfully explains why index investing (what I do) is mainly about spreading risk and not avoiding risk.

Later in the book, he lists a number of listed companies that score well on his list of suitable companies to invest in. A select group of carefully chosen investments of companies that have been listed on the stock exchange for at least 50 years, pay out dividends every year for the same amount of time and have a very large market share are solid companies. Examples: pepsico and givaudan. He also explains why the Dutch pension system is not that bad. In almost all neighboring countries, those who are now working pay the pensions of those who are now retired. In the Netherlands you build up your own pension, so the problem of fewer working people and more and more seniors is largely no problem for us, but for our neighboring countries it is.

All about your mindset. If you don’t believe 100% that you’re going to be very rich, it won’t happen. On the one hand, this is a book about manifestation. You have to believe that you will become rich, then the money will flow your way. On the other hand, it becomes clear that you have to work hard, find the right company to work with the CEO of the company and that the right connections and leadership skills are the most important. The book takes you through a step-by-step plan on how to do this. At the same time, the step-by-step plan is very unspecific. This makes it applicable to everyone, but also to no one in particular. I don’t really know what to make of it. I don’t understand why anyone who has anything to do with personal finances finds this book so great.

I thought this book was going to be about minimalism, living lighter with less stuff. Haha! Boy was I wrong there! Actually, it is a spiritual book. About enlightened living, faith, life energy, reincarnation, meditation, etc. The road to Real happiness, not the fleeting thing that is elusive and can disappear every time you experience it. Not really my genre but really very interesting! He makes a bridge with think and grow rich, which is striking, because the author of this book locked himself up in a monastery for weeks on end to meditate. Becoming rich, in money or happiness, has a lot to do with how you look at life. The similarity between the two books is that you will never succeed in becoming rich or happy if you don’t really believe in it.

Well about the garden. I have a real slug infestation. They have the sole purpose of eating EVERYTHING. It is now July and I have not eaten a single lettuce leaf myself. The tomatoes are doing well and so are the potato, strawberry and raspberry. The rest just sucks. For example, the onions did very well, until the tops of ALL onions were chewed in half in 1 night. I can’t fight that!

Towards the end of the month and early July I have happily re-sowed, so hopefully in about 6 weeks I will have more to eat than just strawberry, raspberry, potato and tomato. Though nothing is wrong with those 😉

What have you done in the past month? And do you have any tips against the snails?