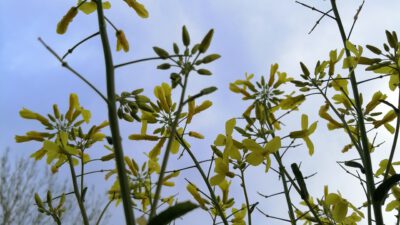 This april i was walking to some pigs, I stared out the window sad because of the bad weather. Also I maximized the sunny times in the garden and I read and listened to some books. Oh and monopoly..!

The intelligent investor by Benjamin Graham.

The original is from 1949. Super old! It is still considered a classic for investing. I listened to the 1973 version which is the last revision he made before he passed away.

The lessons I learned: Be patient, form your own opinion and do your own research. Learn new stuff and keep your emotions under control. Don’t invest for the short term, do it for the long term.

Choose a risk profile that suits you. If you decide to be an active investor, be prepared to spend a lot of time investigating companies and the market. With passive investing not so much. Passive investing is known for being less risky. Chances of a super high yield are small but so are the changes of losing a lot. About 50% in bonds an 50% in individual stocks is a good portfolio. When you decide to invest passively it makes sense to dollar cost average your money. Meaning you buy for the same amount of money every month, quarter or year no matter the price. You will buy the stocks for the average price.

In this book Rutger Bregman debunks a lot of presumed things. Civilization is generally thought to be paper thin. Humans have a layer of civilization, but as soon as you disrupt public order, we all become aggressive savages. Bregman shows that science is pointing in the other direction. It is in our nature to help each other and to want to do the right thing. He cites many examples. Soldiers on the front line either do not fire at all or intentionally miss while under attack. They even become friends with the enemy. In natural disasters people help each other. Many people who have lost everything in a natural disaster find the feeling of community and helping each other a fantastic feeling, which makes them feel less bad about the disaster. Everyone is helping each other!

Similarly, Bregman highlights the Stanford experiment in which students are divided into two groups, guards and inmates. The guards become cruel and the prisoners humiliated in this famous experiment. This turns out to be a rather disturbed experiment in which the researcher has to constantly incite the guards to be mean. Actually, they prefer to sit and play cards with the “prisoners”. This is what happened in Norwegian prisons. The guards become friends with the prisoners and a community is formed. The chance of returning to prison is much smaller due to good guidance back into society. Prisoners always become someone’s neighbor when released. Then you better ensure that they are properly guided on their return.

What ultimately proved fatal is the large number of islanders who have been sold into slavery and the returning islanders have brought with them diseases that have caused the rest of the population to die. In short, the Easter Islanders weren’t selfish tree cutters who were destructive. It was the Western slave traders who threw a spanner in the works.

Bregman comes up with many, many anecdotes that prove that most people are good and that it is time for a more positive image of humanity. For the most part, the book leaves you feeling good about humanity. Although the feeling crept up to me he attracted the science that suited him and his story and left behind the science that didn’t. All in all a nice book to listen to. Inadvertently it gives me a brighter picture of humanity. I think I have to agree with Bregman that most people at least don’t mean it all that badly.

This book was written by Janneke Willemse. She shows various options such as active investing and passive. And what your exit strategy should be if you need the invested money again. Many others don’t show that side. She also explains in easy language how short works. Now I understand it much better! This is highly recommended. She also has a website. (in dutch) https://www.blondjesbeleggenbeter.nl/

Rutger Bregman and Jesse Frederik write about the income inequality between different professions and how this is clearly disproportionate to professions of social importance.

When garbage collectors in New York went on strike for better pay, the city was a nasty letdown within 6 days. When bankers in Ireland went on strike for better wages (they froze all accounts and you couldn’t withdraw money anymore) the economy just moved on with alternative, self-printed money. The bar owner became the new banker and it took no less than 6 months before the banks reopened. Nothing really bad had happened in the meantime. This shows that some jobs such as garbage collector are of great social importance and others, such as banker less so. The income is not correctly distributed in that regard.

Lammert Kamphuis writes a number of essays in themes to think about. For example, he sheds light on death from different sides and gives our society of numbers advantages and disadvantages. Life has no dress rehearsal. You only have one chance to get it right.

In Living without money I stated that I did not want to make any unnecessary expenses in April. Only the fixed costs and necessary things. I did that very well, if I say so myself. Besides the fixed costs and the groceries I hardly spent anything. Twice a present and some loose things such as a day cream and a garlic press that needed to be replaced. And an ice cream on King’s Day. Nothing to complain about!

April does what he wants. Here in the Netherlands we all know this statement and this month we all know that it is correct. It was warm (very occasionally), it was cold (often and certainly at night). It was dry for a long time and then pouring rain and hail again. Oh well. In mid-April I put a lot of seeds in the ground and the first seedlings started to show up in a week or two.

The first plants of March are already starting to grow large. My beautiful Japanese cherry is at its best towards the end of April. I can really enjoy that! This year I am going to grow more flowers between the vegetables and the fruit. Earlier years I had nasturtiums and marigolds among the vegetables. This year, a whole arsenal will be added, such as climbing bindweed, amaranth, valerian and lavatera. I’m curious how it’s going to turn out and will keep you updated!

What did you do in April?