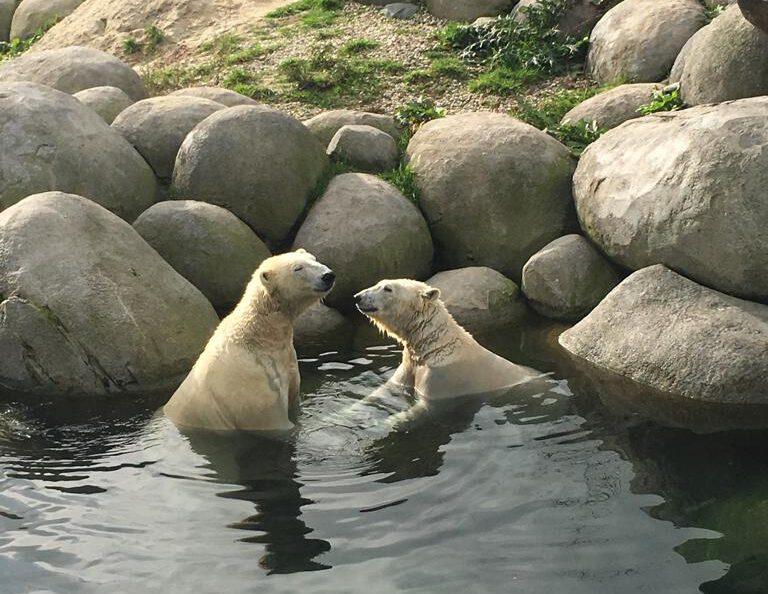 Research has shown that we would not become lazy and would not work less if we received free money in the form of the basic income. You can read more about this in the book “Utopia for realists”. It is contrary to our view that failure to work should be punished by being poor and that that is the only way to motivate people to work. It also says that opening the borders to so-called “prospectors” has economic benefits. These are economic refugees who are not fleeing a political situation or war, but poverty. They flee to pursue a better job and a better life. Everyone would benefit. That is contrary to the view that most people hold.

What you will do when you experience cognitive dissonance is justify things to yourself. It is abundantly clear that smoking is unhealthy. “Yes, but I have to die of something anyway.” Or: “I love animals very much” while you eat meat every day. When experiencing cognitive dissonance, we can enter into this conflict with ourselves in two ways. We can change our thinking or belief or we can change our actions. In the examples above, the smoker adjusts his beliefs (It’s okay because I have to die of something anyway) and if you decide to stop eating meat then you adjust your actions.

For me, some cognitive dissonances have to do with money. For example, a belief that I always had is that you should be very frugal. Now I sometimes think differently about it. Sometimes it is good to spend money. For example, so that something increases in value. Think of a renovation in your home or a training so that you become more valuable for an employer or your own company which you expand. Or to be generous to friends or family. Not something that increases in value moneywise, but it does increase your wellbeing and that of said friend or family member!

In terms of budget, I can choose between transforming what is now a storage attic with a loft ladder into a spacious bedroom with a fixed staircase, or renovating the whole kitchen. At first glance, remodeling the kitchen seems like a good idea. I can be found there every day and this will drastically improve the appearance of the house. The kitchen is still very functional, but there are no built-in appliances and the pipes run over the wall instead of neatly milled away. Still, I opted for an attic renovation. The kitchen hardly adds to the value of the house. Extra square meters and a bedroom, on the other hand, do count. When I see similar houses for sale in the area, I see that houses that have replaced the loft ladder for a fixed staircase can add at least 20% to the house price Easily double of what I spend on it. Houses with a new kitchen but a loft ladder are not higher in value than my house with old kitchen. The choice is then suddenly made quickly. What would you do in my case?

Also, I always thought that cars, for example, are always a waste of your money. Recently a video of Graham Stephan appeared. He bought a car for over $ 300,000 !! He expects to be able to drive it and sell the car at a profit in a few years. Sounds too good to be true, but it is possible (especially if you buy a very rare, expensive car). At the moment this also works with, for example, campers, I am eager to do that myself. On the one hand, I think I’m not going to spend thousands of euros on a camper. It is much cheaper to go on holiday by car and rent an AirBnB. But if I do buy a camper and sell it again in a few years for about the same amount or even at a profit, it might not even matter that much. Especially if I can rent out the camper when I am not using it myself. Maybe it won’t work out like I hope though…

Another example. Before I bought a car, I did everything by bicycle and public transport. Since I have a car, I regularly do small distances, that are easily doable by bike, by car, while my firm conviction was always to use the car only for distances that cannot be done by bicycle. In my head I make all these excuses like well, it is not such good weather anyway, I have a heavy bag with me, so I can get to my destination faster, etc. Here I have adjusted my thinking and beliefs so that it suits me better. Not too bright! Soon I will turn into one of Mr. Money Mustaches car clowns!

What you should pay attention to is when, for example, you have saved a lot of money by not making an expensive purchase that you wanted to make, and then purchase something else that you actually do not need. This way you reward yourself for your frugal behavior. This also works with very healthy and little food all day because you are on a diet and then reward yourself with a filled cake in the evening for keeping it up all day. These are forms of rewards that do not work in your favor.

In his book “The four-hour work week” by Timothy Ferriss, he also goes through a number of cognitive dissonances than we are all familiar with. We are so convinced that to get rich or make money at all, you have to work hard. We cannot imagine running a successful business in four hours a week. He says you don’t have to work 40 hours a week or more to run a thriving business. It can also be done in 4 hours. He then works 4 hours a week and regularly takes four weeks of vacation o top of it. This is diametrically opposed to the idea of ​​an hourly invoice and the hourly wage.

Can you give any more examples of cognitive dissonance?